15 May Finding the Parking Slot for Harmful Antibiotic 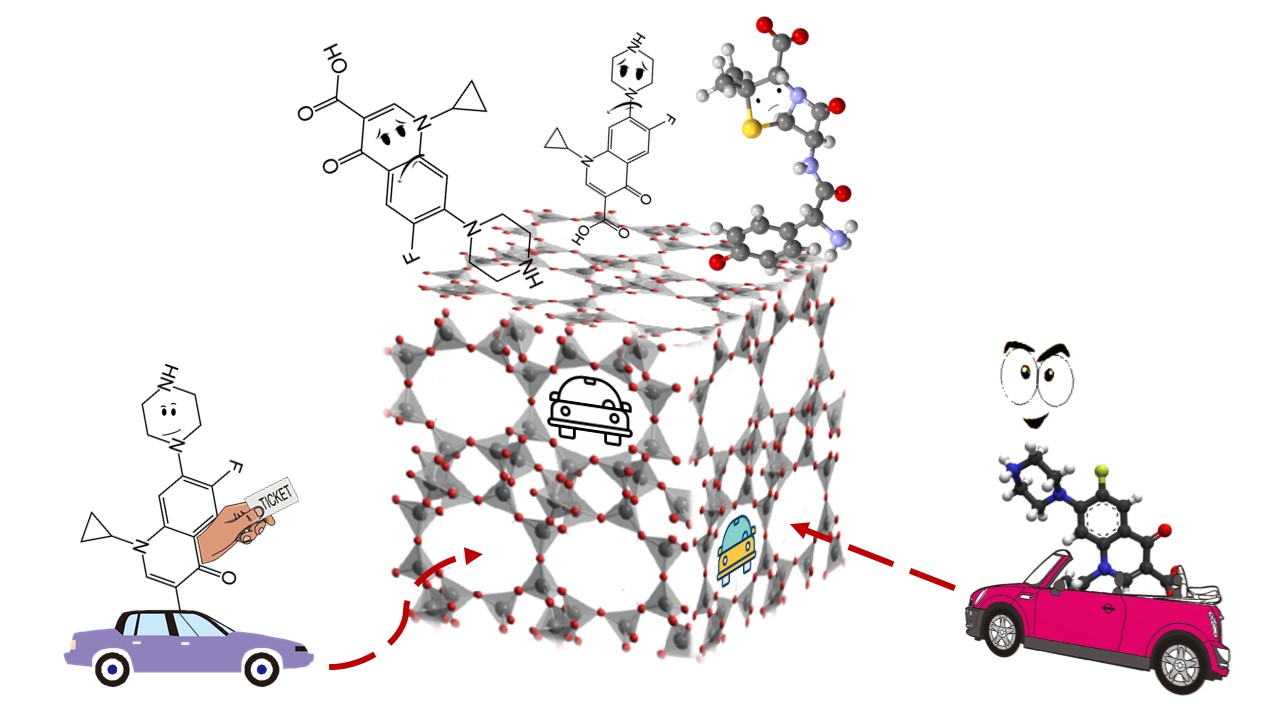 Every day, we are faced with the significant progress of humanity, achieving a better quality of life with more straightforward, safer, and longer living. As a consequence, science has to deal with many new and more complex problems that require an urgent finding of innovative and effective solutions.

One of these problems is global water pollution caused by emerging contaminants. Among these contaminants, the antibiotics – pharmaceuticals that, if discharged in the environment, may cause harmful effects on the ecosystem – are one of the most concern these days. They may pose a serious risk to living organisms by enhancing bacterial drug resistance. In fact, due to their continuously increasing consumption, they usually end up in the aquatic environment without any treatment; thus, they can reach drinking water supplies.

The focus of my research is finding a solution for removing one of these antibiotics from water: ciprofloxacin (CIP).

Although decomposition of organic contaminants is the most common removal mechanism, it is not the only option. The adsorption process on natural solids has proven to be an effective alternative for removal due to its simple operation in which no potentially toxic by-products are formed. Also, it is economically and environmentally feasible with a wide range of adsorbent materials available today.

Zeolite (more specifically, clinoptilolite) is one of them, and I use it in my research. Zeolite is a fantastic mineral abundant in nature with a microporous structure consisting of highly ordered, pores and cavities with molecular dimension. For its unique microstructures, zeolites generally have excellent adsorption properties.

But how does CIP get adsorbed on zeolite?

Imagine that your car is the antibiotic (CIP), and the parking lot is the zeolite surface.

Visually, the zeolite micropores structure can be thought of as a multi-storey car park with a lot of parking spaces of different sizes available.

Furthermore, you are driving your car in a metropolis like Belgrade. Like other world’s metropolises, Belgrade lacks parking spaces due to the fast-growing number of vehicles, so it is necessary to expand the areas where parking is allowed.

The adsorption of CIP molecules on the zeolite “parking” surface is thus similar to parking the cars. The only difference between the parking lot and zeolite is that adsorption is strongly influenced by electrostatic interactions between CIP molecules and zeolite surface. Since the CIP molecule is a zwitterion, which means that it can be a neutral, positive, or negative molecule, it is crucial to make a good optimization of the adsorption process.

To modify the zeolite’s surface, various techniques have been developed today.

In my research, I will be studying the coating of zeolite’s surface with different materials, such as metal oxides, graphene oxide, or biopolymer chitosan. Also, I will explore a plasma treatment for the zeolite surface to increase its efficiency in “capturing” the CIP molecules.

For now, I still don’t have problems with finding free parking spaces because I don’t own any car here in Belgrade. On the other hand, I am now intensively dealing with “parking” the antibiotic on the zeolite surface and its consequent removal from aquatic water systems, and much more…