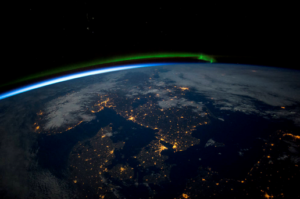 With all the negative news circulating around due to the COVID-19 crisis, the world has fallen into turmoil lately and it is taking an obvious toll on everyone’s productivity and general well-being. Regardless, the NOWELTIES team is working diligently to overcome the restrictions imposed by COVID in the pursuit of scientific breakthroughs.

Turning outwards for inspiration is a common practice among us at NOWELTIES. The idea to write this article as a break from scientific discussions came to me after reading about a wonderful outcome of a major seagrass restoration project. The grass was planted on a 200-hectare plot offshore in Virginia and has over 20 years grown to over 3600 hectares, making it the most successful project of this kind in the world! This is even more important considering that marine ecosystems like this one have larger carbon storage potential than any terrestrial forest.

Lately, I have been hearing through different discussions that the biggest polluters are large companies, and how our actions are just a drop in the ocean. Therefore if any major change is to happen, it is not up to us but rather the governments and the companies. While that might or might not be the case, pointing fingers at each other as to how we got here will not get us far. When I say “how we got here”, I’m talking microplastic everywhere, PFAS being found even in livers of polar bears, islands of plastic the size of Manhattan floating in the ocean, huge oil spills, rapid glacier melting, rainforests burning, species going extinct…

However, instead of focusing on the major environmental issues we are facing, I want to point the spotlight at some outstanding individuals already working hard to restore this planet to its former glory.

To paint a picture of how much actions of one person can leave a mark, I want to bring up the story of Jadav Payeng. Jadav is a forestry worker from India who has singlehandedly preserved a river sandbar from perishing by planting trees since 1979! He was named “Forest man of India” to honor his actions by the then-president. Since then, over a hundred elephants have started using this remarkable forest as a habitat, alongside rhinos, deer, and tigers. If it weren’t for him, this sandbar would have fully eroded instead of being a habitat to all these amazing beings. In this great interview for National Geographic he talks about the challenges he has faced during this project and the benefit it has brought to the region.

Still not convinced how small actions add up? How about this story of how only 14 wolves introduced to Yellowstone national park in 1995 helped completely reverse the degradation of the biome?

For comedic effect, here is how introducing wolves changed the biome: wolves as an apex predator started hunting the native population of deer. As a result, deer started avoiding certain areas of the park, thus allowing the vegetation to flourish – first aspen and willow trees, followed by berry bushes and consequently bugs. These then attracted various bird species alongside beaver, which was extinct in the region. The beaver dams provided an ecosystem attractive to otters and reptiles, while wolves fended off coyotes allowing the critter population to grow (primarily rabbits and mice), who then attracted red foxes, badgers, hawks and bald eagles to the park!

The healthy balance brought significant change to not only the life in Yellowstone, but also significantly affected the way rivers meandered and formed.

There are more uplifting stories like these all around if you know where to look. In fact, just reading that solar energy is now the cheapest energy in history is enough to lift my spirits for the day (take that, coal!).

If you’re unsure how to begin your journey, getting acquainted with the United Nations Sustainable Development Goals (SDG) is always a good place to start looking for inspiration. NOWELTIES for example is focusing on SDG6.

We can’t all be Mr. Payeng of course, but we are giving it our best here at NOWELTIES. Now it’s your turn to join us! As Marshall McLuhan once said: “There are no passengers on spaceship Earth. We are all crew.”