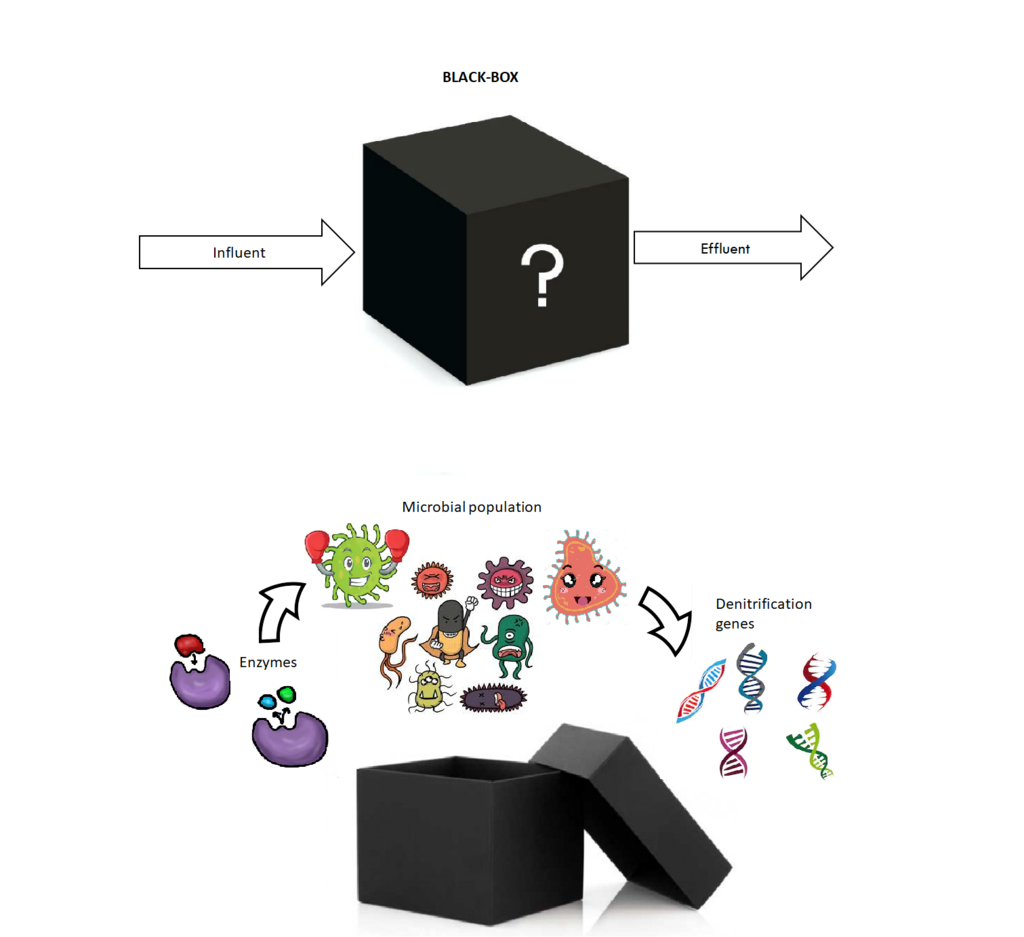 We all know the famous phrase of Antoine de Saint-Exupéry “What is essential is invisible to the eye”. In my research, this quote is literally true.

My work consists in understanding biotransformation occurring in wastewater, that is how microorganisms convert all sorts of substances present into their own food.

But how do they do it? And why is it relevant for us understanding it?

The microbial strategy of turning toxic compounds into fuel is considered a very important removal mechanism. This is particularly the case for organic micropollutants (OMPs), for which biotransformation is considered one of the main mechanisms responsible for their natural attenuation. Since Nature is so wise and has much more experience in overcoming problems, we want to learn from it how we can control and enhance the removal of these toxic compounds from water. The engineering of these natural removal process is known as biological treatment systems.

Biological systems have been and are a relevant wastewater treatment typology. However, biological treatments have been studied following a “Black-box” approach: only considering inputs and outputs. But in this way, we disregard what happens in between, namely the different removal mechanisms that these treatments encompass. Scientists observed that some organic micropollutants were being removed in conventional biological systems, but they did not know exactly how that happens.

In the last few years, there has been a paradigm shift in wastewater treatment research: scientists are now studying removal mechanisms independently in order to dissect what´s happening inside the Black-box. In fact, recent research has pointed out that the redox conditions have a major effect on the biotransformation of OMPs.

Based on the type of process, biological systems can be aerobic (with oxygen present), anaerobic (no oxygen) and anoxic (oxygen in form of nitrogen species). These are called redox conditions, because they involve biochemical reactions that determine the microbial population, which influences the biotransformation pathway.

The biodegradation pathway is the route that microorganisms use to break down OMPs. In anoxic conditions, microorganisms follow a denitrification route which consists in a series of reactions to consume nitrogen. The anoxic route is one of the least studied among the redox conditions but potentially relevant due to the participation of enzymes, as they could act as reactor catalysts to drive and/or speed up the biotransformation of OMPs.

In the lab, I have my own black-box (a biological reactor), but I can find out what is hiding from us by simply “taking pictures”. That means carrying out different chemical and microbiological analysis to open the black-box little by little, and clearly identify the microscopic actors that are involved in nature’s complex game of detoxification.

This is why my work is zooming in microorganisms, enzymes, metabolites and even genes that so that we finally understand the black-box nature.