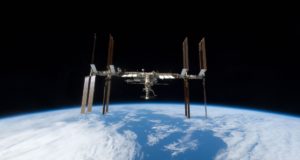 After seeing the recent call for new astronauts by the European Space Agency (ESA), I started thinking about water reuse and how different this concept is for us down on planet earth compared to those in the international space station (ISS).

In a man-made pressurized capsule floating in space 400km away from the surface of planet earth, every resource is valuable – especially a life-bearing resource such as water. When your life depends on your fellow crew members and the technology aboard the ISS, everything must run perfectly smooth, all the time.

So naturally, when you are a biological organism that can’t survive longer than a week without water, you don’t second guess the reuse water that originates from recycled toiled water, sweat droplets, and exhale mist. This closed loop is all you get.

Between visits by cargo or crew-carrying rockets, the station operates on a fixed amount of air and water. Resource recovery must therefore run continuously, efficiently, and without any leaks. Unlike sewer systems on Earth, where you can just flush, and the municipal wastewater treatment plant takes care of the waste for you, the ISS must operate its own miniature wastewater treatment plant. Naturally, with much higher efficiency.

The Environmental Control and Life Support System (ECLSS) takes care of this aboard the ISS. The ECLSS was deployed to the ISS in 2008 to “close the loop” of water and reduce the astronauts’ dependency on consumables. It consists of a Water Recovery System (WRS) and an Oxygen Generation System (OGS). The WRS recycles cabin humidity condensate, urine, oral hygiene, hand washing water, and other Extra Vehicular Activity (EVA) to continuously support the activities aboard the station. It was designed to produce around 2 liters of water per hour, enough to support a crew of 6 at all times.

The WRS is comprised of two modules, a Urine Processor Assembly (UPA) and a Water Processor Assembly (WPA). In the UPA, a low-pressure vacuum distillation process is used to extract water from the urine. Due to the lack of gravity, the whole unit is mounted on a centrifuge to create an artificial gravitational pull – required to aid in separating gasses and liquids in the microgravity environment. The steam is then recondensed in a separate chamber, combined with the humidity condensate and further led into the WPA.

The WPA is designed as a three-step process. First, the filters remove particles and debris from the water, followed by a multi-filtration bed that removes organic and inorganic impurities via adsorption and ion exchange. Finally, a high-temperature catalytic reactor assembly removes volatile organic compounds and kills bacteria and viruses. Integrated conductivity sensors then test the treated water. Depending on the quality, the water is either cycled back into the WPA or sent further into the system for use. Finally, iodine is dosed into the water to prevent microbial growth (chlorine is too reactive to be stored and handled onboard).

Aside from providing fresh water for the crew’s needs, the WRS has the important task of providing clean water to the OGS, as seen in the diagram below. The OGS splits water molecules via electrolysis, generating breathable oxygen and hydrogen, the latter vented outside of the aircraft.

Many years of research have been invested into optimizing the ECLSS to increase the percentage of reclaimed water. Every droplet counts. And yet, back here on planet earth, we take water for granted. We look at the vastness of water that surrounds us and think, “How is it possible that we keep hearing about water shortages with all of this water around us?”. Even looking at planet Earth from space, we see a vastness of blue.

We are overlooking the fact that planet Earth is just a giant version of the space station. It is a very sensitive closed-loop system. The ecosystem that surrounds us is the only one we can turn to for the essentials for life. The water sitting in a glass on your table might be the same water someone enjoyed in the roman empire. In fact, the effluent of the water treatment plant near you is very likely released into a river upstream from another settlement. We all live downstream!

We might have the illusion of vastness, but the amount of drinking water available to us is only 2% of the total water on our planet, including glaciers and polar ice caps. The effects of climate change are felt already worldwide, with extraordinary droughts forcing nations into water reuse research and application. The natural water cycle cannot keep up with the growing demand of humanity. If we are to maintain this delicate balance, mother nature needs our help. We must start putting in an effort to understand the technology behind water treatment better and consequently accept water reuse as a concept of our future. Besides, in most places, it would probably be a better-tasting option compared to regular tap water.