04 Mar Role of Pharmaceuticals on Water Pollution in India 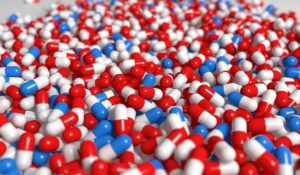 In this blog article, I would like to talk about the impact of pharmaceutical water pollutants on India’s current environmental and human health problems. Also, I would like to share the information regarding the role of government and some ongoing projects and partnerships to tackle the situation.

Varieties of pharmaceuticals have been detected in the surface, ground, and even in drinking water in many Indian cities due to the discharge of waste effluents. The pollutants majorly enter water bodies due to the following sources: pharmaceutical manufacturing plants, hospitals, wastewater treatment plants, etc. As a consequence, they cause adverse effects on land, water, food, and people’s health. It has been estimated that about 60000 newborns die annually in India because of multidrug-resistance infections, where pharmaceutical water pollution with antimicrobial drugs is responsible for that.

In India, the dominant pharma industries are located in the city of Hyderabad (known as the ‘Bulk Drug Capital of India”). It accounts for more than about 800 pharma/biotech units. These pharma industries play a crucial role in groundwater and surface water pollution. According to the survey, local people argue that the groundwater is highly contaminated in the regions where industries are situated. The water from village wells is unsafe to drink (can have nausea and immediate diarrhea), and the groundwater is not safe for agriculture irrigation. The report from various pharma sites revealed that concentrations of pollutants in some samples were higher than maximum regulatory limits.

A range of emerging contaminants pollutes the rivers near the pharma sites. For example, it was reported that the “Musi River” (which flows through Hyderabad, a city with almost seven mln. inhabitants) is highly contaminated with drugs from pharmaceutical companies. The concentrations were about 1000 times higher than rivers found in developed countries. When these pharmaceutical clusters come in contact with pathogenic bacteria, it causes harmful diseases in humans.

The government of India is taking action against the discharge of pharmaceutical residue in wastewater. They proposed a new limit regarding the concentration of residuals present in wastewater effluents released by the pharmaceuticals industry. Around 86 of the 220 bulk drug makers in Hyderabad have zero liquid discharge facilities, which showed that they could recycle almost all the liquid effluent. However, the only waste they produce is solid, which is incinerated or buried in landfills; hence they do not harm a lot. According to National Action Plan for Antimicrobial Resistance 2017, it was proposed to tackle the problem related to limits on antibiotics in industrial waste.

Several organizations have been working towards setting up water treatment systems to help pharma firms. India’s Central Pollution Control Board (CPCB) has introduced guidelines to various pharma industries to achieve zero liquid discharge. The Ministry of Environment, Forest, and Climate Change has also announced that industries must install devices to monitor the effluent continuously.

According to the survey, it was estimated that the zero liquid discharge policy could influence areas that are suffering from groundwater scarcity (10 states in India: Uttar Pradesh, Punjab, Delhi, Gujarat, Rajasthan, Haryana, Madhya Pradesh, Andhra Pradesh, Maharashtra, and Jharkhand) due to industrial water pollution.